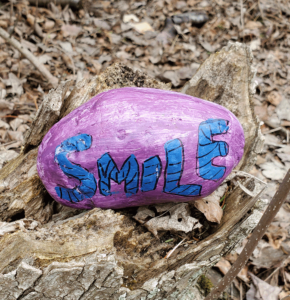 Lord knows we could all use a little good news, no? It’s a small but important joy to see the days getting a bit longer week by week; a comforting sign that nature has not forgotten how to do her thing. When the whole world seems to be spinning out of control, it’s nice to know that the really big stuff is still happening exactly the way that it’s supposed to.

There’s no denying though, that social distancing is not in our nature. We are desperate for association. Our hearts and minds crave the closeness that comes with human contact. It was not that long ago that we’d run into the banker in the grocery store, or spy our favorite transit driver in WalMart. We might chat with the nail lady having breakfast in our local eatery, or wave hello to the variety store man in the lineup at Tim’s. There is fragility in humankind; a humbling knowledge that despite our differences, we really can’t accomplish very much unless everybody helps everybody else to make it all work. If fact, historians will tell you that modern man really walked away from the rest of the animals around 70,000 years ago when we suddenly discovered that we could use our prodigious brains to work together in big groups. And that changed everything. So we wait, trusting in the knowledge that as soon as we are allowed to, we’re going to all pull together and put the wheels back on this place.

People talk a lot about the “new normal”, and I don’t think anyone would disagree with the fact that there are some things which will never be the same again. Hopefully, we will have learned something out of all this, and maybe some of the “new normal” will also be the “new improved normal”. 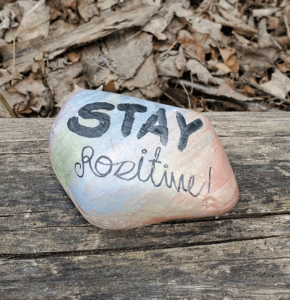 For the first time in a VERY long time, the vast majority of our politicians have actually been able to set aside their partisan differences and work together to try to achieve a common goal. So we actually CAN work together, fellas and gals? Concentrate on trying to do the greatest amount of good for the largest number of taxpayers? That sort of thing? How nice it would be if we could keep all that up after the fact. Like asking the people who should have the answers what they think we should do. And then doing it. Back in ’08 when the government bailed the banks out it was proposed that we could also forgive student debt, send everybody a few bucks to get by and so on. The banks screamed blue murder, claiming that handing out money would destroy the free market and vaporize everything we ever took for granted in modern economics. Well, guess what? This time we DID do it and I’m going to bet that we’re not going to vaporize anything. Sadly though, the cynic in me has a hunch that once the dust has a couple of months to settle, the inevitable blame game which follows will be as earth shaking as the virus itself. No one will be spared. And that will be a pity, won’t it? Just when we were all really starting to get the hang of it. 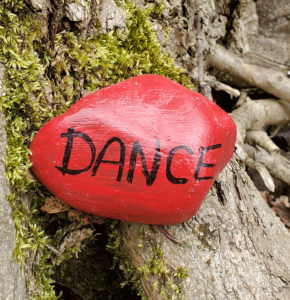 How’s that waistline looking? I suppose people will end up fitter after all this. I mean, your walk is twice as long when you have to keep crossing the street to keep your distance, right? On the other hand, have you ever downed so much food and booze in your life? Fact is, keeping some space between people was much more the norm throughout our history than was getting cozy. Truth be told, less than 2 feet between people was very much a product of the 1970s, fueled by the sexual revolution and a generation of scientific breakthroughs that eradicated most of humanity’s worst communicable diseases. Still, seared by the self conscious awkwardness of social distancing, reluctant to appear uncouth or uncaring, we may never feel comfortable broaching the 6 foot circle again. And HOLY MOSES don’t try to pet my dog!! More’s the pity. Won’t it be nice when we can all grab a (rum and) Coke and have a great big hug again?

Won’t it be lovely when all us mall starved wretches are allowed to get out and SHOP again? The more people shop, the faster the money goes around, and the more people shop. And it takes armies of citizens to build all that useless crap that people shop for. So people stick their necks out and they build factories and get rich and use the money to, well…shop… And as depressing as the whole thing might be to Santa, it actually works. Don’t believe that? Check out the USA, where post war consumerism became the mantra that created the most powerful nation on earth. Or even better, try China, where a 50 year program to turn farmers into shoppers is well on its way to creating the NEW most powerful nation on earth. So – as things get back to normal over the next six months or so, the economy, although reeling, is actually going to bend over backwards to try to get you back into the store. Assuming that the store is still there, mind you. So let’s all do our duty and get out there and max out those cards!! And don’t worry about all us Boomers whose retirement savings are totally wiped out. We’re all going to move in with our well educated and successful kids when we turn 80.

The mask, sadly, will not be going anywhere any time soon. Wearing masks in public (mostly to keep out pollution) has been an icon in parts of Asia for ages long time, but it hasn’t taken us westerners very long to climb on board. Some of us are already getting that “less than dressed” feeling if we go out without one, and it’s pretty much a given that masks will be a fixture of air travel in the future. Hopefully we will remember that most of us have a perfectly good immune system which does a great job at protecting us 99.9% of the time. And don’t forget that just because your mouth is covered it doesn’t mean you don’t have to smile. 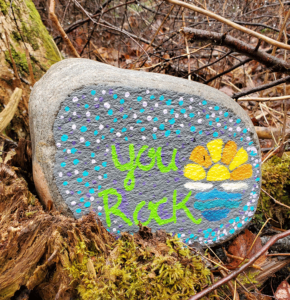 And while we are on the subject, letting public health take the lead on this battle has certainly done plenty to raise people’s awareness of how diseases work and how we can all help to mitigate their damage. Anyone who has watched TV for a couple of hours can tell you more than you’d ever want to know about how viruses work and how we defeat them. And no, they are NOT biblical plagues, and YES you have to get your kids vaccinated and NO it is not a matter of opinion.

Has anyone EVER had to line up for FOOD before?? I mean, unless it was at Honest Ed’s for one of those holiday turkeys. There are lots of folks on the planet who have to line up for food, even clean water, for their entire lives. Hopefully after all of this, we’ll all take a moment to reflect on just how really blessed we all are in this little corner of the world. And maybe we’ll all have a bit better appreciation of the people who work every day to keep that food chain running.

It’s no secret that in many places, the aura of cell phone and GPS data that clings to each and every one of us like gum on our shoe is already being used to analyze and manage everyone’s condition, exposure and risk profile to the current threat. And there is no real sign that it will stop when we defeat Covid. It’s just too good a tool, and all indications are that it will do a remarkable job and save a lot of lives in the process. This presents a huge moral dilemma with respect to our privacy though, and no self respecting western democracy would ever allow that to happen here. Right, Google? Right Siri? Right Alexa? Right, Pizza Pizza? The genie is out of the bottle, folks and nothing can put it back in. Best strategy is to hide in plain sight. And re watch “Minority Report.” 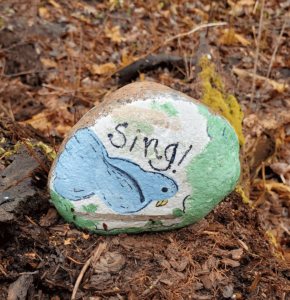 So. How we doin’ with those kids? Are we still having fun? Anybody who is home instead of working is under a lot of stress and there’s no doubt about that. If you can, take a little comfort in the fact that pretty much all of us are in the same boat.
We can only hope that families who suddenly have time to polish up their bonding are making the best use of it. It’s kind of a shame that the available attractions are limited to re doing jigsaw puzzles, watching reruns of Leafs games, bingeing Netflix or chasing the dog around the back yard. You could sit down with your niner and learn algebra I suppose. One thing I’m willing to bet on is that when the kids finally go back to class, parents will have a newfound respect and admiration for the teachers, day care workers and bus drivers who normally look after them all day.

Well then. Just exactly where do we go from here? Mother nature dealt us a cruel hand with Covid-19. But the birds are singing and the sun is shining, and we WILL get through this one. If there is one fundamental concept that is at the root of everything human, it is the unwavering belief that tomorrow is ALWAYS going to be better than today. And if all this social distancing is truly getting you down, a safely isolated car ride through beautiful Stonebridge may be just what you need. C’mon out and smell the daffodils.